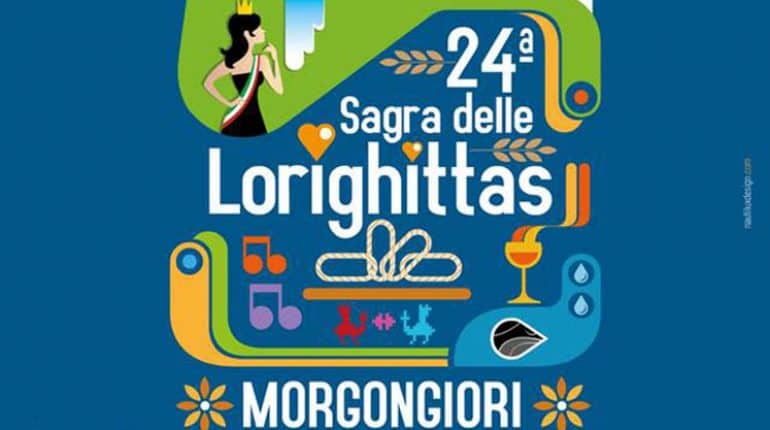 Italy’s regional culinary specialties, most dating back generations or even centuries, are so abundant that there’s always something new to discover. Though well-known on the Italian island of Sardinia, the twisted, ring-shaped pasta called lorighittas are nearly unheard of elsewhere – and were almost lost to Sardinian history forever. They are now celebrated with a special festival on the first Sunday of August.

Lorighittas originated from the town of Morgongiori on the island, and have largely remained there with little exposure to the mainland. The intricate pasta has only three ingredients – durum flour, water, and salt – but twisting and shaping them takes time, skill, and patience. Traditionally, women knead the dough for at least 30 minutes before forming the pasta and setting the rings to dry on a reed basket. Lorighittas are typically served on top of a ragu made with chicken or pigeon, onions, tomatoes, parsley, white wine, garlic and Pecorino cheese.

The story of Italy can be told through its food traditions, and lorighittas are no exception. The pasta has been handmade in Italy for centuries – at least since the 1500s, when their existence was first reported to the King of Spain, who ruled over Sardinia and most of southern Italy at the time. They were traditionally made and served only in Morgongiori for the annual All Saints Day feast on November 1.

Then and now, pastoral life and customs define culture in Morgongiori. Traditionally, men work in agriculture, while women do the household and culinary labor. While numerous legends about lorighittas’ origin have developed over the centuries, all stem from local folktales, lifestyles, and practices.

One explanation for lorighittas’ name is that it is derived from lorigas, in reference to the iron rings that tethered horses and oxen to the walls of houses when men brought them home from the fields; another is that the name is based on the Sardinian word for “ears.” A local fable tells of a witch who flies over houses through the night after All Saints Day, using her pitchfork to puncture children’s bellies to collect lorighittas.

However, the most likely origin story seems to surround pastoral culture. “For lorighittas, it has to do with the idea that for young, single women in a large family, it was a tradition or a wish for them to get married – so while they were waiting on a wedding ring, they would work on this ring-like pasta in the kitchen with their mothers and grandmothers,” Raimondo Mandis, president of Slow Food Cagliari, told the BBC.

The town of Morgongiori, population 800, was founded between 900 and 500 BC by settlers searching for obsidian in the volcanic terrain. It is now primarily known for its handcrafted rugs and tapestries; lorighittas are its secondary claim to fame. But lorighittas, which Slow Food’s Ark of Taste lists as an endangered food, owes their continued existence to Morgongiori’s efforts to ensure the tradition is etched into Sardinia’s past, present and future.

Before the town council helped kickstart the pasta’s resurgence in 1994 by hosting a festival celebrating the dish, lorighittas were only handmade seasonally by about 10 women. Thanks to this effort, the Sagre delle Lorighittas is still celebrated annually in Morgongiori on the first Sunday in August (in 2018 – August 6th) today, and lorighittas are popping up on menus not only in Sardinia, but also in mainland Italy and even abroad.

“The [town] council also involved local, small producers (all women) to give tradition a new life, thanks to an EU-funded programme that helped them emerge from a family production to a professional undertaking,” said Morgongiori Mayor Renzo Ibba. — Elaine Murphy