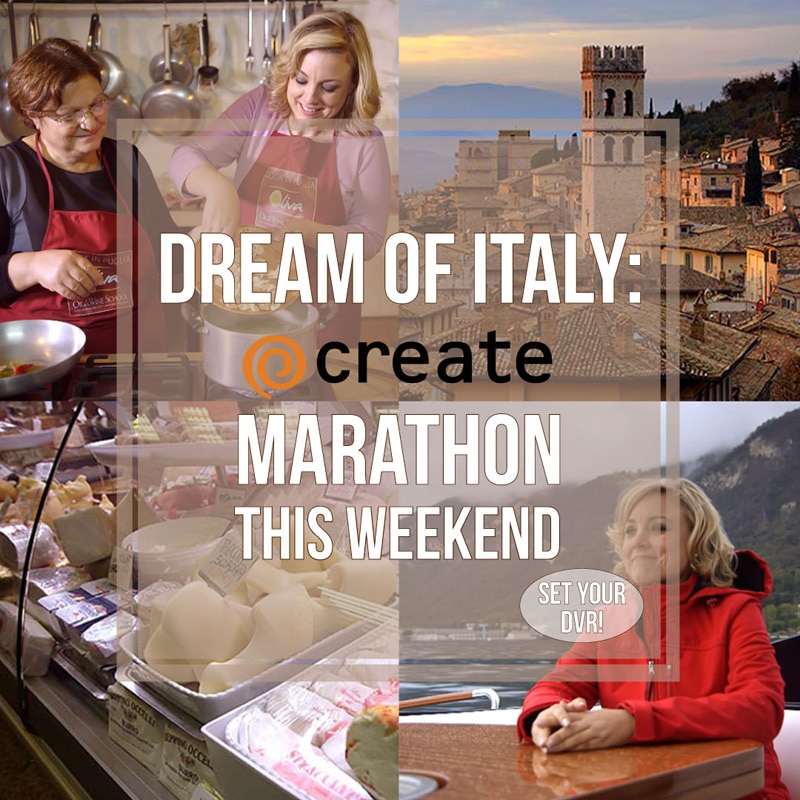 While you can watch the first season of our PBS series online, there’s no better way to watch than on the TV screen! The season is airing at various times on local PBS stations around the country and also on the PBS-owned channel CreateTV which airs in more than 85% of the United States.

Good news, if you would like to tune in! CreateTV is holding a marathon of season one the weekend of March 25 and 26 – actually three marathons of three hours each:

You can click here to find out the number of the channel in your area and the exact time (if you’re not in ET) it is airing. If you can’t tune in live, please set your DVR!

For five weeks in the fall of 2014, our American and Italian crew traveled from Lake Iseo in the north to Puglia in the south, meeting local Italians – artisans, vintners, hunters, chefs, historians and even cowboys – living their passions.  The goal: introduce travelers to “the real Italy” not usually found in guidebooks. The result: six half-hour episodes on the best of Tuscany, Rome, Umbria, Naples/Amalfi Coast, Piedmont/Lake Iseo and Puglia.